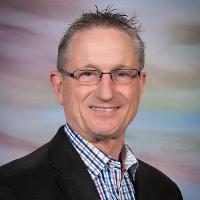 After forty-four years in the construction industry in Southern Ontario, Glen sold the assets of Economy Paving Company (St. Catharines) Limited to focus his time and energies toward new business endeavours. In July of 2014, Glen incorporated Economy Auction Services and Equipment Sales (Ontario) Limited which specializes in the sale of construction equipment, livestock, firearms, sporting equipment, real estate, antiques, and charity auctions. The business is currently located in the historic village of Ridgeway, Ontario, Canada.

Firstly, enamoured with alpacas after having started his own herd in 2004, Glen completed his AOA certifications for all show judging criteria in 2014 and is duly certified in all judging disciplines, including that of walking fleece earned in Boulder, Colorado, in 2016.

Additionally, Glen is a member of OACCET carrying the designation of C.E.T. He became a Professional Auction Ringman after studying at the P.R.I. School in Springfield, Missouri, in 2013. He obtained his professional auctioneer's training in January, 2015, graduating from the Kentucky Auction Academy conducted at Western Kentucky University, Bowling Green, Kentucky, and in March of 2017, completed the Canadian Personal Property Appraiser training in Toronto, Ontario.

Glen completed the writing of a book in 2012 called "The Alpaca Breeder's Terminology Sourcebook." Currently, he volunteers his time with the Fort Erie Chamber of Commerce, Show Steering Committee for the Alpaca Ontario Spring Show, and is serving his third Alpaca Ontario term as a member of its Board of Directors. Glen's current new adventure is in the sale of hunting, fishing, and archery equipment at his newly-formed company, The Big E Auction Group and Outfitters.

Hobbies include auto racing, truck/tractor pulling, antique collecting, farming and a variety of both indoor and outdoor sporting events.

Glen lives with his wife, Lynda, and 100 alpacas at Split Rock Farms, in Ridgeway, Ontario, Canada.