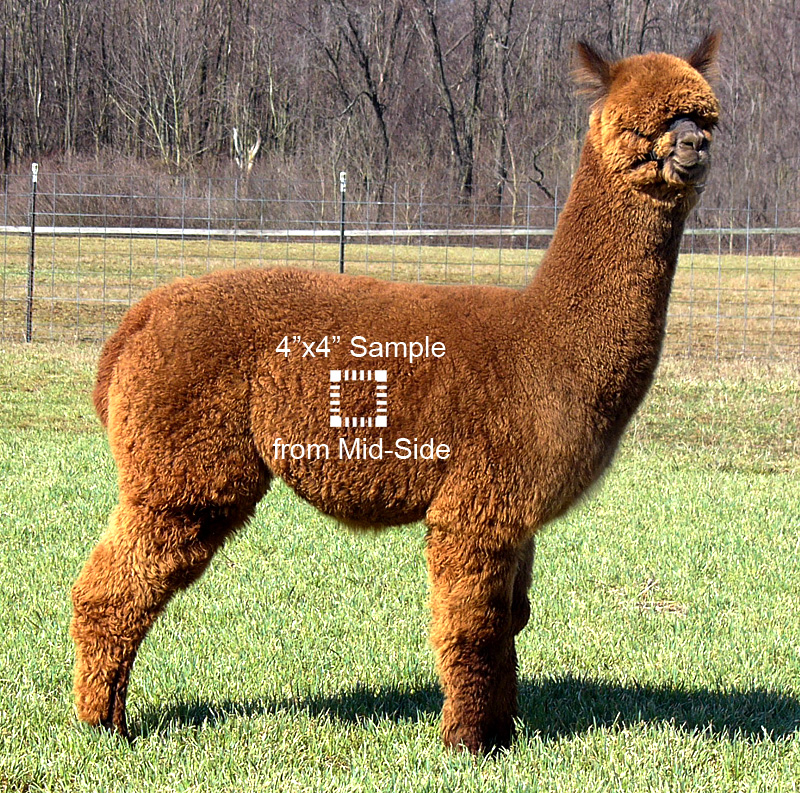 For inclusion in the AOA EPD Program, fleece samples should be taken from the mid-side of the alpaca and cut at the base of the staple near the skin. This needs to be a 4"x4" sample. Please note that this is larger than the 2"x2" sample required for simple fleece testing. The sample will then be mailed to an approved testing lab, along with the computer-generated order form provided by AOA's automated Shear Report Tool. Read the Shear Report Guide for instructions on using AOA's online shear report tool.