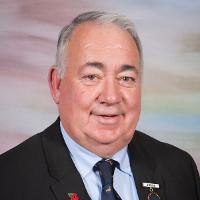 Married now for 36 years to Terry, Nick has spent his entire life working with and managing farming businesses in the UK. In 1998, he entered into the alpaca industry when appointed as UK Manager for an Australian business owning some 800 alpacas in the UK. Nick found his previous livestock experience invaluable, and was able to introduce sound commercial husbandry techniques into a business that was lacking focus and perspective. In 2005, Nick sold the company for his Australian owners, only to face redundancy! This setback was to provide the opportunity to set up his own business with a new business partner John Potts, and The Alpaca Stud was established which now comprises of some 450 Huacaya and 150 Suri. Nick has selected and imported numerous alpacas from Peru, Canada, Australia and the United States and in doing so has had to select from many thousands of alpacas. In part, these opportunities encouraged Nick to enter the first British Judge training scheme and becoming the first graduate of the scheme in 2003 and he is now a certified judge trainer for the British Alpaca Society. In 2005 Nick qualified as an AOBA judge. He believes it is the discipline and knowledge gained during this training that has led to a much better understanding of fleece and fleece technology. Nick has judged shows across the UK, Europe, Canada, Australia and the USA and considers each show judged a great privilege bestowed upon him by the exhibitors. Nick considers that showing must be educational through informed and accurate oral reasons. He is a very strong believer in the show ring as a promotional vehicle for alpacas, but also has a real awareness of the need to keep in perspective its importance in respect of breeding decisions. Nicks primary objective when judging is to ensure that all exhibitors experience an enjoyable and informative event.