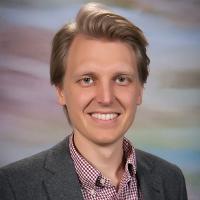 Robin Nasemann was born in Germany. He attended school in England and has a masters degree in economics from the University of Lugano, Switzerland. His family started breeding alpacas in 2003 and now has a herd of 70 alpacas in the west of Germany. Since 2006, Robin is a certified Screener for the AZVD (Alpaca Breeders Association of Germany) and has screened alpacas all over Europe and South America. For several years he was a member of the board in the biggest alpaca association in mainland Europe. In 2010, he began the AOBA judging training program which he finished as certified AOA Judge for Halter and Performance in 2013. He has judged alpaca shows in France and Canada, and gives frequent seminars about alpacas across Europe.